Aside from doing blog posts about books. I also do blog posts on other topics. For my job, I work within a Digitial Marketing company that deals with digital marketing aspects for other businesses. As a part of my job, I create blog posts for the company I am employed at. So let me show you the blog posts I have created for them. 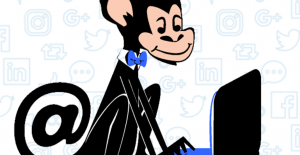 Importance of Logo and Branding Design

A lot of starting up a business’ forget about the importance of the logo and branding of the company they want to start.

Infographics have been gaining popularity over the past few years. They have been widely used amongst businesses and organisations in both digitally and in print. They are a clear, artistic and effective way of presenting information without using many words.

Why have Multiple Social Media Accounts

Having a social media presence is key things for companies in this day and age. So why not use multiple social media platforms to maximise your marketing to your audience. Here are some reasons why you should think about using a multichannel approach to marketing.

HTTP or HTTPS – What’s the Difference?

Importance of Spelling and Grammar when Writing a Blog

Writing a blog post can be a hard task for anyone. After thinking of the content you need to have a look at the way you have written it; if it has the right grammar for your audience to understand and has no spelling errors.

How has Digitial Media affected Readers?

As we live in a digital age, it is easier for readers to share their hobbies. This is no different for readers who can use different digital media to do this. With the usage of digital and social media, these help book lovers communicate with fellow book lovers.

Why is Google Analytics Important for Your Business?

White, Grey or Black SEO – Which Hat are You?

SEO is one of the key components to start a digital presence. There are different techniques that are used to improve search engine optimisation. These are known as hat or hats which are associated colours. The colours are white, grey and black.

What is a Parent and Child Theme?

For website development, there are a lot of things you should know. Especially if you are making your own website or clients. As you go through trying to different things, you hear keywords or phrases from other people and think ‘what does that even mean’. For example, you always hear people talking about working with a Child theme and Parent theme. But what exactly is the difference between them and why is it important to have both themes.

WordPress is one of the top leading content management systems (CMS) out around the globe. With people who are starting to use WordPress, they can make silly mistakes when setting everything up on their websites. But how do you know you are making these mistakes? As everyone’s website needs different things, it is quite hard to know whether you are doing things correctly or not.

Which Adode Program Do I Need?

Adobe is one of the leading sellers in programs people use on their day-to-day basis. But have you actually thought what each Adobe program is and what they’re used for? If you are a newbie to anything Adobe, don’t worry, that’s okay. Everyone starts from somewhere. In this blog, we will be discussing anything and everything Adobe. We will be discussing how each Adobe program is used and what they do.

Whether it is on a web page or blog, having the right SEO content on it is important to your overall SEO ranking. But do you know what you actually need to look for? If you are new to SEO then here is your cheat sheet on making sure you have your SEO content right the first time!

SEO HTML Tags You Should be Doing on Your Website

JY MTNL (pronounced Jay Montel) are an R&B, Trap and Afro Beats musical duo who formed in 2017. They have recently released a new track called “Get To The Bag” in July and reached over 1 million streams on Spotify.

After performing at the Strawberries & Creem festival this summer, we managed to get an inside look into who is behind JY MTNL and finding out more about them and their music.

How Does User Experience Your SEO

When thinking about what to put for your SEO, thinking about your user experience is also important. But what do you need to think about SEO user experience to get the most out of it? If you are unsure of what you need to think of, don’t worry. Here are some of our tips to make sure you make the most of your SEO on connecting with your target audience.

Any cookies that may not be particularly necessary for the website to function and is used specifically to collect user personal data via analytics, ads, other embedded contents are termed as non-necessary cookies. It is mandatory to procure user consent prior to running these cookies on your website.